A project by: Carissa Wagner

This project received pledges on Tue 11 Jul 2017
Follow Become a helper
Help us branch out and leaf for the Edinburgh Fringe with our new and unusual comedy!

Help us take leaf to edinburgh

Hi! Carissa and Helen here! We're two funtastic East 15 contemporary theatre students looking for funds for our new show Leaf. We're hoping to showcase it in the Edinburgh Fringe festival this year, but because we are poor and students and also quite poor we are in need of any help and support that you could provide!

Leaf took Debut Festival by storm this year, but for us to ride the seasonal winds of summer up to Edinburgh and germinate the good people with our work, we need your help!

Leaf, written by Helen Potter, is a comedy play that is both entirely based on the truth, and an absolutely load of fictitious nonsense. As quintessentially British as the queen eating her roast dinner off a Boris bike seat (perish the thought!)

We appreciate any and all help you can give, so thank you for having a look on our page and if you can, just click on the 'sponsor' button to the right. Thanks! 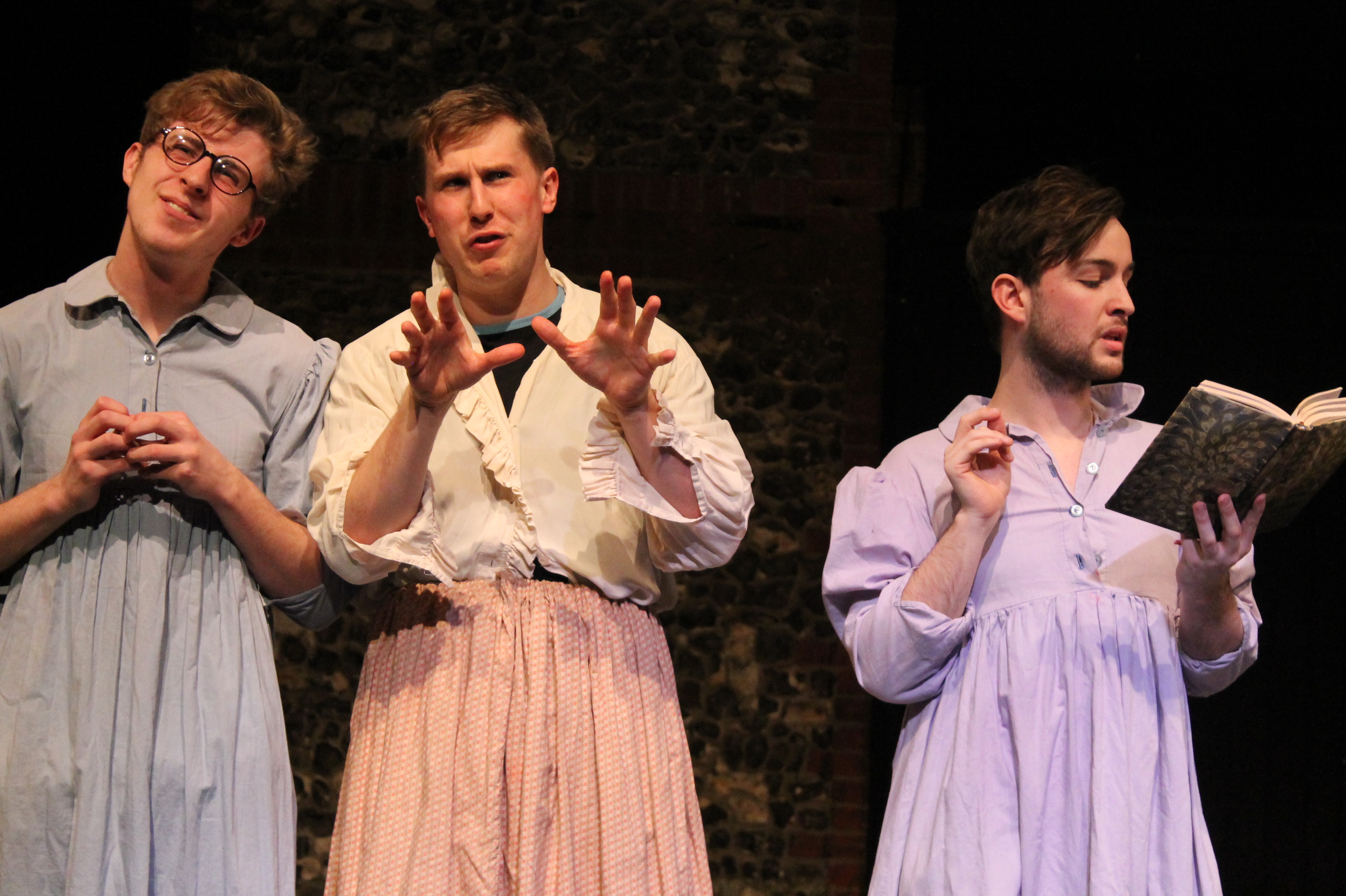 “Like the b**tard child of Monty Python and the Mighty Boosh…prepare to be pleasured.’ - Jesse Briton, Bear Trap Theatre

“Leaf is an ambitious and ultimately hilarious exploration of the absurdity of life. It is a show with a lot of potential, I am eagerly awaiting what they will do next!” – Shambles Theatre 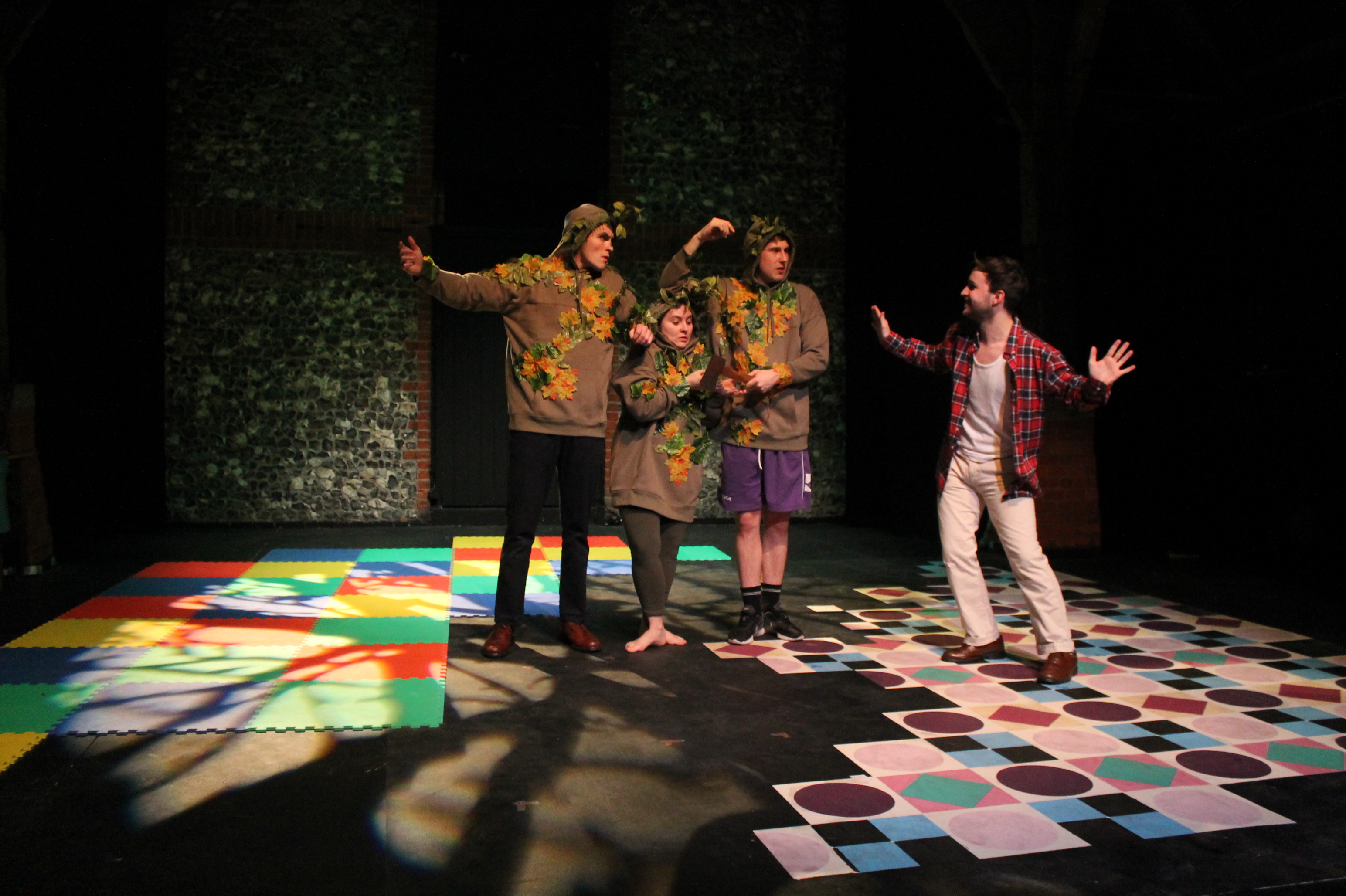 More? Well, after mildly tolerating each other’s company through the hardship of 3 years at drama school, we finally achieved a bearable working relationship that may or may not give out to graphic violence within the next few years. It was in the creation of our first show – Leaf – that we united under the majestic banner Potter & Wagner, and plan to continue on in this particular vein (excuse the nature puns boys…) Having been developed as part of East 15’s Debut Festival for 7 weeks including 2 showings in the Corbett Theatre with fantastic response, Leaf is now ready to go flying out into the next stage of development. 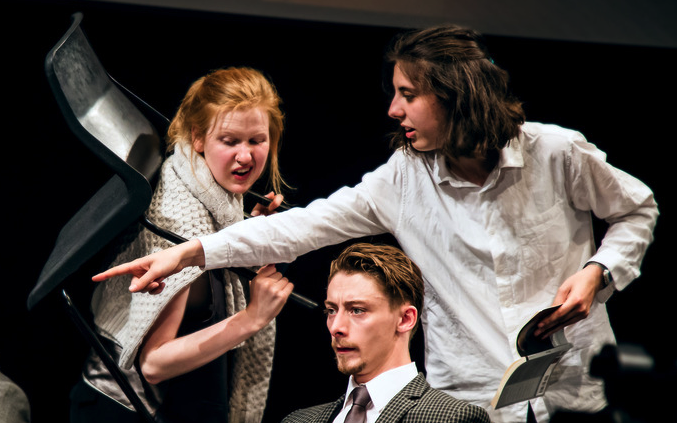 We are absolutely ecstatic to announce our new cast for the Edinburgh run of Leaf: 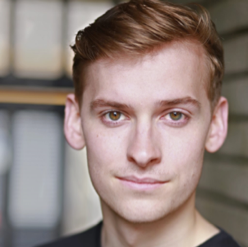 Former teen Heartthrob Matthew trained at East 15 Acting School and is now narrowly avoiding an existential crisis as he realises he has sacrificed any form of actual career for a lifetime of poverty just so he can occasionally pretend to be other people. He used to have a lazy eye.

Helen Potter spent much of her youth claiming she had been raised by wolves, playing in a rock band

that only did covers and eating the leaves of a suspicious red bush. She must now dedicate much of her life to achieving enough that people might forget those former days. This bio hasn’t helped. An energetic actor, writer and musician who trained at East 15 Acting School. Helen Potter claims no magical connection but doesn’t deny the possibility.

She stood at the Window (Kirsty Housley, Complicite) 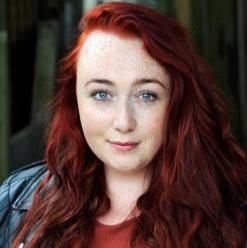 Ella is a ginger in denial by dyeing her hair a different shade of ginger. She has so far been unsuccessful in convincing anyone that she isn’t a ginger. Faced with either acting or alcoholism as a way out, she has so far committed to theatre, but her time at East 15 Acting School will be over soon, and the wine in beckoning. 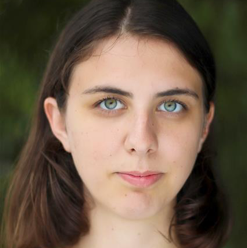 In a bid to follow all of those other successful

Birmingham artists (Ozzy Osbourne & Jamelia), Carissa has left (most of) her accent behind and found herself in London.She's an actress, trumpet player and comedian in her final year of East 15's BA Acting and Contemporary Theatre course.

Jack Whitehall Gets Around (NIA), The Final Scene (Macoy Media), Tesla (The Alchemist),

Also Sam Edmunds...who has not yet sent us an image or information.

The Edinburgh Fringe festival is the best possible opportunity to share our work and kickstart Leaf into the next stage of success... and of course to spread a bit of joy in what can only be described as a dark and dismal time.

We began to raise money during our performances of Leaf at Debut Festival 2017 - mostly through the sale of some naked calendars and a number of cakes to inebriated drama students - but we need more to achieve our Edinburgh dream.

And anything above and beyond will help pay for:

If you donate to our glorious cause, your efforts will not go unnoticed - expect to be rewarded handsomely! Check out the rewards on the right of the page and see how far you're willing to go to receive some very niche gifts and opportunities - we will go above and beyond (believe me!)

*we do not work for tesco 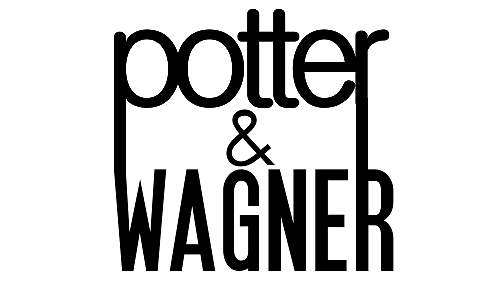 Leaf to Edinburgh!
Your message has been sent.