A project by: Ronja Siljander

This project received pledges on Thu 01 Oct 2020
Follow Become a helper
The laws and justice were devastating for an alcoholic's wife in Minna Canth's play from 1885.

the workman's wife by minna canth

For her final MFA Theatre Directing project at East 15 Acting School, Ronja Siljander and her Company are raising money for their production of 'The Workman's Wife' by Minna Canth. The Company will rehearse and perform the production as theatres across the UK carefully re-emerge from lockdown and re-open. We are looking for financial support to be able to focus on our professional roles and to be active artists in these challenging times. The experiences of the last months have shown us the importance of culture and art and contextualized them into a broader scope. As artists we raise questions about society and create new truths. We hope our journey does not end with our scheduled premiere and the run in October. Our aim is to raise funds to be able to market, sell and share the production for further purposes.

The Workman’s Wife is a painful and bitter story about the powerful grip the male gender held over their wives in the late 19th century Finland. At that time, a married woman became their husband’s property. The play closely portrays Johanna, the wife, who after her and Ridge’s wedding ceremony is forced to confront the outsider Roma woman Homsantuu he was once engaged to. Ridge had abandoned Homsantuu over Johanna’s financial possession and looks. After a heavy mental duel the pressure of the society wins, and she stays loyal to her happy-go-lucky living husband who is slowly becoming an alcoholic with the help of her little savings. When Johanna grows weaker because of the work load she needs to do to get some bread on the table, Ridge finds it appropriate to take advantage of that other wretched woman he once betrayed. Anything for another pint. And besides, what is the harm for a man to fool a pretty girl or two?

The Company of The Workman's Wife consists of several graduates and current students of Greater London leading drama schools (East 15 Acting School, The American Musical Theatre Academy of London & Fourth Monkey). The Company aims to work with international, gender-equal and artistically ambitious artists to produce high quality European drama and to deliver it to a wider British audience with the voices of today's young adults. This production is our journey to setting up a professional theatre company to frame our strong work in the future.

Minna Canth is often considered the ‘first Finnish female author’ and stays to be quoted as the mother of Finnish literature. In her plays she criticised social evils, as she did in many other of her stories and novellas. The publication of The Workman's Wife marked the beginning of fanatical 'book wars' - and outright witch-hunts - which conservative Fennoman and Church circles kept up for the rest of the 19th century in opposition to Canth's works. The central theme of The Workman’s Wife concerns the laws, customs, and habits that govern human life. The play poses the question of women’s rights and talks about inequality of gender and race with the voice of late 19th century. Canth’s play speaks a louder truth about society, morality and laws. The context and time during which she wrote the play needs to be understood from the point of view of today’s society in relation to the society that was: the times have changed but there is yet so much to be done.

More about Minna Canth in National Biography of Finland 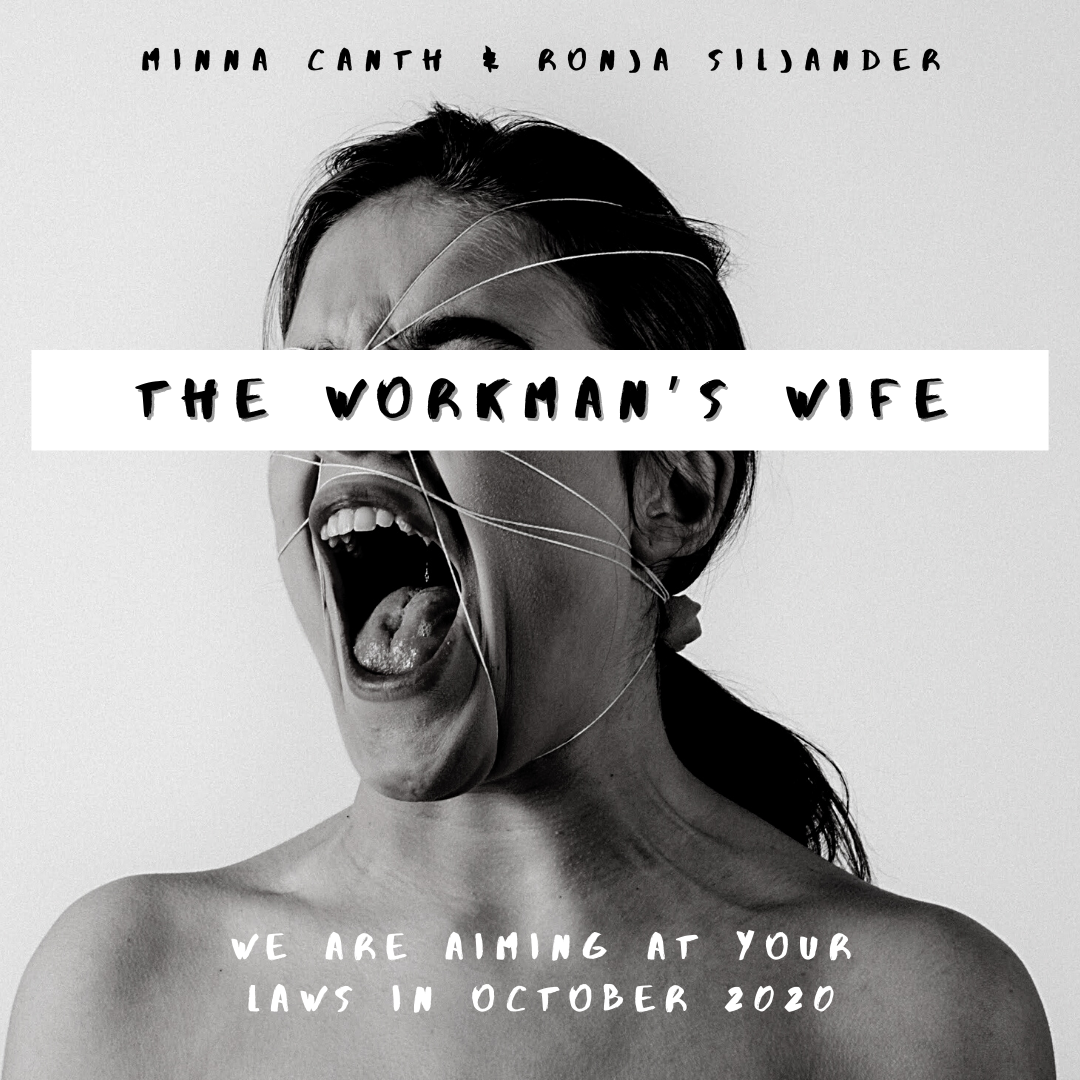 Help us to get the visibility we need!

The Workman's Wife on Stage!
Your message has been sent.