A project by: Daniel Kettle

This project received pledges on Thu 25 May 2017
Follow Become a helper
SUPERGLUE IS BACK. It's time for round two:

superglue assembly line is back

and hoping to stumble their way to Edinburgh Fringe for the second time with our new show "Scribbles"! But as we've learned before, getting to Edinburgh has some pretty grueling costs, so hopefully with your help we can look those costs in the eyes and slap them down.

After being countries apart for half a year, we have meshed ourselves back together but unfortunately financially we're a little bit short. Any little bit of help, or sharing, would mean the world to us, and help bring this hilarious new show a tiny glimmer of life. (so for even taking the time to read this, WE THANK YOU!)

“Stub your toe on the door and instead of laughing about it, feel smug and content in knowing the world is evil and that it happened for a reason.”

Z works in an office. Z wants to keep her job. It's her safe place, her happy place, there's just one thing that's getting in the way. Her work. Z must work harder to keep what she wants but its slipping out of her hands and it's spiraling out of control. Z must think fast and act even quicker but her reality and her T.V are blurring and it's hard to know which is real and which is not. Is she insane? Is she an alcoholic? Or is she just really bad at her job? 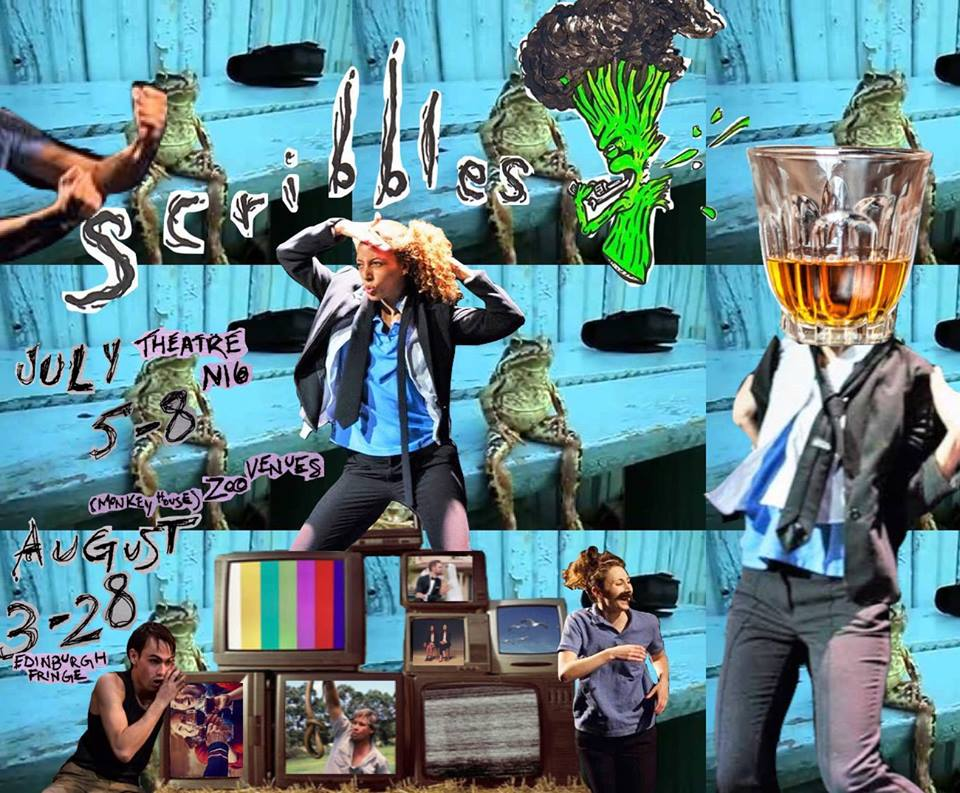 Superglue Assembly Line was constructed from students and alumni of East 15’s BA Acting & Contemporary Theatre course. We are a new company creating our second piece of work with Scribbles after successful runs at Edinburgh Fringe Festival 2016 and Debut 2016 with our first show Juice Straws Are Bleak gaining a phenomenal cult following.

“Superglue Assembly Line are sketching out a raw, contemporary absurdism that lives in the playground of the soul.” The List. ★★★★

“An out-there, pioneering piece of surreal craziness which should definitely be seen.” Broadway Baby ★★★★ 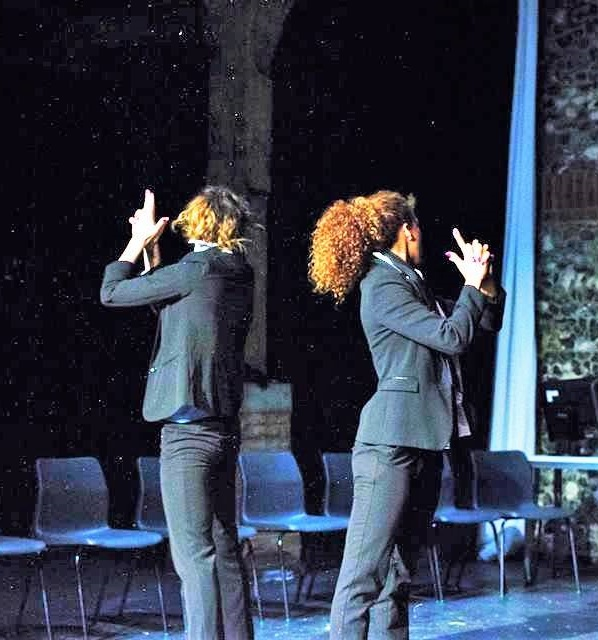 Scribbles is a new play written by Stefanie Reynolds, a graduate of East 15’s BA Acting and Contemporary Theatre course. Exploring consumerism, alcoholism and what it means to be really bad at your job, we are ecstatic to bring Stefanie’s debut coming of age story to life.

Scribbles will be performed for the month long Fringe Festival at ZOO Venues “Monkey House” at 9:25pm.

Pint up ladies and gentleman and iron out those suits, the chaotic streets of Edinburgh awaits.

where will the money go? 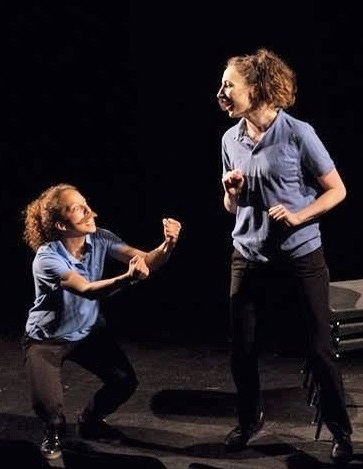 After the cult success of our first show, we have an even bigger platform to share our work at the Fringe this year, but it comes at a price. We have a minimum target of £2000, which will go towards: Fringe registration fee £300, initial deposit for venue £200, and venue costs £1500. The remaining amount of the overall target will help with props and costume £100, insurance £182, music and licencing fee £180, and flyers and posters £230.

Any little bit helps: pennies, support, or just spreading the word. We can't wait to bring this show to life and to hopefully meet you in the streets of Edinburgh and hold hands in the luxurious Scottish rain.

where to find us

Scribbles
Your message has been sent.